A Touch of Mauve (Hardcover) 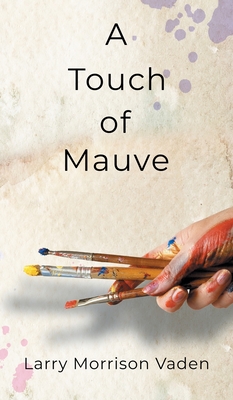 Bernard Anderson is an American artist living in England when he first hears the magical, captivating voice of Lilly Montgomery, the country's most famous singer. Puzzled by the intense effect of her music, yet unable to help himself, he begins to write poems and love letters to Lilly, using the pen name Art.

Lilly is first amused, but soon consumed by the letters from her secret admirer. With no clues to his identity, she finally visits a clairvoyant, who reveals the mystery will be solved by the color mauve. Lilly treats this clue, along with the pen name Art, to be a sign that she should follow her secret desire to paint. She begins taking lessons from an American artist seventeen years her senior, whose manner and turns of phrase seem very...familiar.

By the time Lilly realizes her teacher and her admirer are the same person, Bernard has moved on to Italy. The color mauve revealed his identity, but will it help Lilly find the love of her life again?