Jack Sterling and the Spear of Destiny (Paperback) 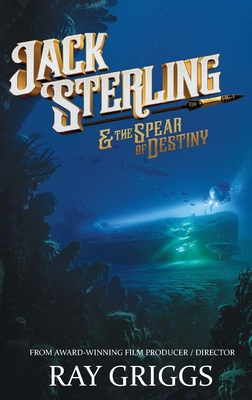 What happens when a weapon empowered by God falls into the wrong hands?

Jack Sterling, a present-day marine archaeologist, and insurance investigator, accidentally discovers a rare 1940's gold coin that proves the existence of undocumented Nazi U-Boat 2553 rumored to have sunk at sea so many years ago.

Following in his father's footsteps, who mysteriously disappeared years ago, Sterling embarks on an adventure to find the U-boat thought to harbor Hitler's most prized possession, "The Spear of Destiny." If the legend holds true, he who wields it can rule the world. However, Sterling is not the only one who knows about it, and his foes will stop at nothing to get it.

Now at the risk of his friends and fianc e, Sterling must raise the legendary U-Boat from its watery grave to protect the Spear at all costs, leading him down a trail of German Nazi engineered traps and other dark secrets.

Sterling is the first of an underwater adventure series that will keep the reader diving for more.