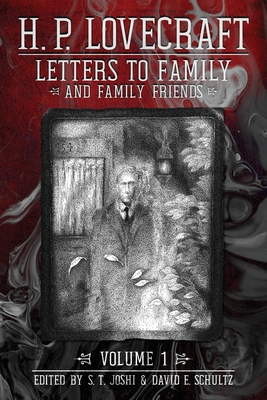 H. P. Lovecraft is not generally known as a "family man," but he was in fact very close to his grandfather, Whipple Phillips; his mother, Sarah Susan Lovecraft; and his two aunts, Lillian D. Clark and Annie E. P. Gamwell. His letters to these family members and to friends of the family are among the most revelatory documents he ever wrote, and they provide a unique glimpse of the granular details of his daily life.

Lovecraft's letters to his mother are few, but they reveal his slow emergence from hermitry after her hospitalization in 1919. After her death in 1921, Lovecraft relied on his two aunts to maintain the household. In 1922 he began traveling more widely, and his accounts of his visits to New York, Cleveland, and elsewhere exhibit a broadening of his horizons as he meets new friends and absorbs new impressions.

His sudden decision in March 1924 to marry Sonia H. Greene resulted in his uprooting from his native Providence, R.I., to the metropolis of New York City. The hundreds of thousands of words he wrote to Lillian and Annie over the next two years chronicle in fascinating and, at times, painful detail the trials and tribulations Lovecraft faced during this difficult time: he was unable to find a job, his wife's finances collapsed, and he did little creative writing in New York. As this volume ends, we see Lovecraft nearly at the end of his tether, aesthetically and psychologically.

The volume has been edited by S. T. Joshi and David E. Schultz, two leading authorities on Lovecraft, with careful preparation of the text and exhaustive annotations.