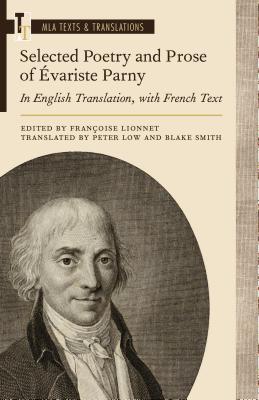 Praised by Voltaire and admired by Pushkin, variste Parny (1753-1814) was born on the island of R union, which is east of Madagascar, and educated in France. His life as a soldier and government administrator allowed him to travel to Brazil, Africa, and India. Though from the periphery of France's colonial empire, he ultimately became a member of the Acad mie Fran aise. Despite his reaching that pinnacle of respectability, some of his poetry was banned after his death.

This edition includes poems from the Po sies rotiques and l gies, which established Parny's reputation; the Chansons mad casses ("Madagascar Songs"), which were influential in the development of the prose poem; five of his published letters, written in a mixture of prose and verse; the narrative poem Le Voyage de C line; and selections from his sardonic, anticlerical later poetry. A substantial introduction discusses Parny's poetry in connection with its literary context and the themes of gender, race, and postcoloniality.