Civilization and Its Discontents (Compact Disc) 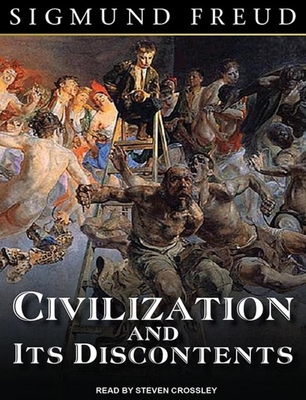 Sigmund Freud (1856-1939), an Austrian psychiatrist and the founder of psychoanalysis, isconsidered the most influential psychological theorist of the twentieth century and the author of "The Interpretation of Dreams."

Steven Crossley is one of a select group of narrators who have recorded over two hundred audiobooks. He has won multiple "AudioFile" Earphones Awards, including for "The Ground Beneath Her Feet" by Salman Rushdie and "Sharpe's Fury" by Bernard Cornwell.