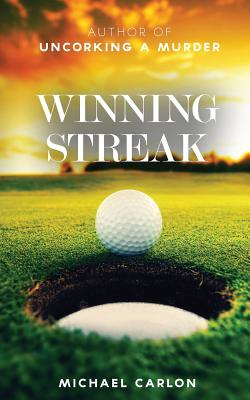 At twenty-nine, Patrick "Trick" Evans has just accomplished what no golfer since 1930 has been able to do, win all four of golf's major championships in the same calendar year. There's no doubt that he's the sporting world's newest superstar but he walks away from it all after the sudden death of his father and retreats to his secluded home in Chatham, Massachusetts.

Casper Quinlan is helping her father reinvent his magazine, Fore , to have a place in the digital age. As part of her new job, she accepts the challenge to land an interview with the reclusive Trick Evans. While she has recovered physically from the car accident that took her leg fifteen years prior, she's been unable to sustain a long term romantic relationship and finds it impossible to believe anyone will truly love her because of her handicap.

Robert McMullen has not been to Chatham since his teenage daughter's death three decades ago. Recently widowed, he returns to Chatham to grant his wife's dying wish, to be buried with a necklace that their late daughter gave her for Mother's Day over four decades ago. Along the way he comes to realize that his late wife may have had ulterior motives for sending him back to the town where their daughter died.

Winning Streak is the story of how these three lives intersect and how each comes to learn critical lessons in order to heal from the pain of loss in their lives. Readers will be taken on an emotional journey full of laughter and tears while enjoying this novel which is reminiscent of Nicholas Sparks and Mitch Albom.