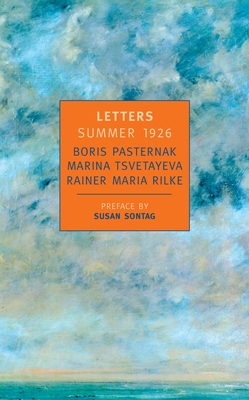 The summer of 1926 was a time of trouble and uncertainty for each of the three poets whose correspondence is collected in this moving volume. Marina Tsvetayeva was living in exile in France and struggling to get by. Boris Pasternak was in Moscow, trying to come to terms with the new Bolshevik regime. Rainer Maria Rilke, in Switzerland, was dying. Though hardly known to each other, they began to correspond, exchanging a series of searching letters in which every aspect of life and work is discussed with extraordinary intensity and passion. Letters: Summer 1926 takes the reader into the hearts and minds of three of the twentieth century's greatest poets at a moment of maximum emotional and creative pressure.

Rainer Maria Rilke (1875-1926) achieved fame with his Duino Elegies and Letters to a Young Poet.

Susan Sontag (1933–2004) was a novelist, playwright, filmmaker, and one of the most influential critics of her generation. Her books include Against Interpretation, On Photography, Illness as Metaphor, and The Volcano Lover.