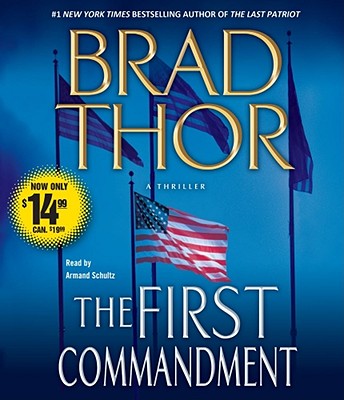 By Brad Thor, Armand Schultz (Read by)
Email or call for price.
Out of Stock Indefinitely

This is book number 6 in the The Scot Harvath Series series.

Six months ago: in the dead of the night, five of the most dangerous detainees in the war on terror are pulled from their isolation cells in Guantanamo Bay, held at gunpoint, and told to strip off their orange jumpsuits. Issued civilian clothes and driven to the base airfield, they are loaded aboard a Boeing 727 and set free.

Present day: covert counterterrorism agent Scot Harvath awakens to discover that his world has changed violently—and forever. A sadistic assassin with a personal vendetta is wreaking havoc of biblical proportions. Unleashing nightmarish horrors on those closest to Harvath, the attacker thrusts everything Harvath holds dear—including his life—into absolute peril.

Ordered by the president to stay out of the investigation, Harvath is forced to mount his own operation to uncover the conspiracy and to exact revenge. When he discovers a connection between the attacks and a group of prisoners secretly released from Guantanamo, Harvath must ask himself previously unthinkable questions about the organizations and the nation he has spent his life serving.

A renegade from his own government, Harvath will place his life on the line as his search for the truth draws him into a showdown with one of the most dangerous men on the face of the earth.

Brad Thor is the #1 New York Times bestselling author of twenty thrillers, including Near Dark, Backlash (one of Suspense Magazine’s Best Books of the Year), Spymaster (“One of the all-time best thriller novels”—The Washington Times), The Last Patriot (nominated Best Thriller of the Year by the International Thriller Writers Association), Blowback (one of the “Top 100 Killer Thrillers of All Time” —NPR), and The Lions of Lucerne. Visit his website at BradThor.com and follow him on Facebook at Facebook.com/BradThorOfficial and on Twitter @BradThor.