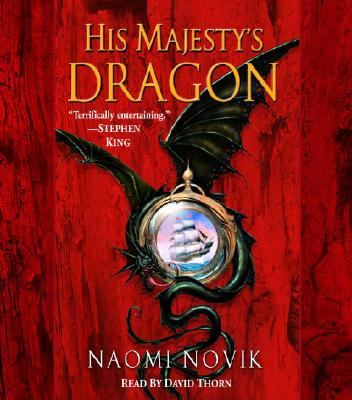 Aerial combat brings a thrilling new dimension to the Napoleonic Wars as valiant warriors rise to Britain’s defense by taking to the skies . . . not aboard aircraft but atop the mighty backs of fighting dragons.

When HMS Reliant captures a French frigate and seizes its precious cargo, an unhatched dragon egg, fate sweeps Capt. Will Laurence from his seafaring life into an uncertain future–and an unexpected kinship with a most extraordinary creature. Thrust into the rarified world of the Aerial Corps as master of the dragon Temeraire, he will face a crash course in the daring tactics of airborne battle. For as France’s own dragon-borne forces rally to breach British soil in Bonaparte’s boldest gambit, Laurence and Temeraire must soar into their own baptism of fire.


From the Paperback edition.


From the Paperback edition.