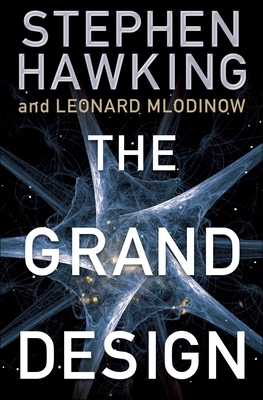 When and how did the universe begin? Why are we here? Why is there something rather than nothing? What is the nature of reality? Why are the laws of nature so finely tuned as to allow for the existence of beings like ourselves? And, finally, is the apparent “grand design” of our universe evidence of a benevolent creator who set things in motion—or does science offer another explanation?

The most fundamental questions about the origins of the universe and of life itself, once the province of philosophy, now occupy the territory where scientists, philosophers, and theologians meet—if only to disagree. In their new book, Stephen Hawking and Leonard Mlodinow present the most recent scientific thinking about the mysteries of the universe, in nontechnical language marked by both brilliance and simplicity.

In The Grand Design they explain that according to quantum theory, the cosmos does not have just a single existence or history, but rather that every possible history of the universe exists simultaneously. When applied to the universe as a whole, this idea calls into question the very notion of cause and effect. But the “top-down” approach to cosmology that Hawking and

Mlodinow describe would say that the fact that the past takes no definite form means that we create history by observing it, rather than that history creates us. The authors further explain that we ourselves are the product of quantum fluctuations in the very early universe, and show how quantum theory predicts the “multiverse”—the idea that ours is just one of many universes that appeared spontaneously out of nothing, each with different laws of nature.

Along the way Hawking and Mlodinow question the conventional concept of reality, posing a “model-dependent” theory of reality as the best we can hope to find. And they conclude with a riveting assessment of M-theory, an explanation of the laws governing us and our universe that is currently the only viable candidate for a complete “theory of everything.” If confirmed, they write, it will be the unified theory that Einstein was looking for, and the ultimate triumph of human reason.

A succinct, startling, and lavishly illustrated guide to discoveries that are altering our understanding and threatening some of our most cherished belief systems, The Grand Design is a book that will inform—and provoke—like no other.

Stephen Hawking was the Lucasian Professor of Mathematics at the University of Cambridge for thirty years and the recipient of numerous awards and honors including the presidential Medal of Freedom. His books for the general reader include My Brief History, the classic A Brief History of Time, the essay collection Black Holes and Baby Universes, The Universe in a Nutshell, and, with Leonard Mlodinow, A Briefer History of Time and The Grand Design. Stephen Hawking died in 2018.

Leonard Mlodinow is a physicist at Caltech and the bestselling author of The Drunkard’s Walk: How Randomness Rules our Lives, Euclid’s Window: The Story of Geometry from Parallel Lines to Hyperspace, and Feynman’s Rainbow: A Search for Beauty in Physics and in Life. He also wrote for Star Trek: The Next Generation. He lives in South Pasadena, California.

“The authors bring together an anecdotal clarity that is something of a first for the genre. . . . Making science like this interesting is not all that hard; making it accessible is the real trick, one that The Grand Design pulls off.”—Time

“In this short and sprightly book, Messrs. Hawking and Mlodinow take the reader through a whirlwind tour of fundamental physics and cosmology.”—The Wall Street Journal

“Fascinating . . . a wealth of ideas [that] leave us with a clearer understanding of modern physics in all its invigorating complexity.”—Los Angeles Times