On Growth and Form: The Complete Revised Edition (Dover Books on Biology) (Paperback) 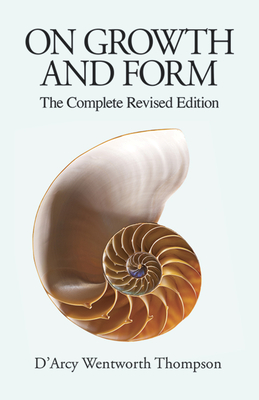 In this classic of biology and modern science, Sir D'Arcy Wentworth Thompson (1860-1948), one of the most distinguished scientists of the modern era, sets forth his seminal theory of transformation - that one species evolves into another not by successive minor changes in individual body parts but by large-scale transformations involving the body as a whole.
First written in 1917, the book was revised by Thompson in 1942 -- the revision reprinted here. The esteem in which this monumental, lavishly illustrated work is universally held derives not only from its scholarship and creativity, but also from the rich literary style that exemplifies Thompson's great erudition in the physical and natural sciences, ancient and modern languages and the humanities.
The book begins with studies of organic magnitude, the rate of growth, cellular form and structure, adsorption, and the forms of tissues, then examines a vast spectrum of life forms, and concludes with a comparison of related forms that leads to the theory of transformations.