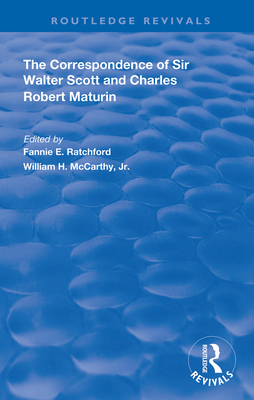 Originally published in 1937, The Correspondence of Sir Walter Scott and Charles Robert Maturin contains twenty-two letters presenting a penetrating and vivid self-portrait of Sir Walter Scott. Scott's patronage of Maturin, this impecunious Irish author, giving him wise advice, lending encouragement in his work and at times badly needed financial assistance, extended over a period of twelve years to the time of Maturin's death, and his kind subsequent letters, written to Maturin's family, in the midst of his own great financial troubles, bring to a fitting close this single unit in Scott's rich social life. Since the two men never met, the whole relationship was built up through thier literary work and their letters to each other, displayed in this volume.